Let’s face it when most people think of banks they don’t associate them with running the latest technology. I think of mundane tasks like depositing money at an ATM or using one of their apps to check my account balances. But CIBC is actually doing more to foster innovation. In a partnership with the MaRS Discovery District – a hub where startup companies rent space, CIBC has opened up their own technology incubator – CIBC Live Labs and more recently also opened the doors to CIBC Live Lounge a place where non-tenants and tenants alike have a place to collaborate in the innovation ecosystem too.

I was invited to check out their Live Lounge and even though it’s a sponsored space by CIBC, MaRS will be in charge of day-to-day operations. There are a lot of cool things planned like hackathons, think tanks and conferences that will be opened up to the public in this space. However, it’s also a place for corporate innovation for financial technology. 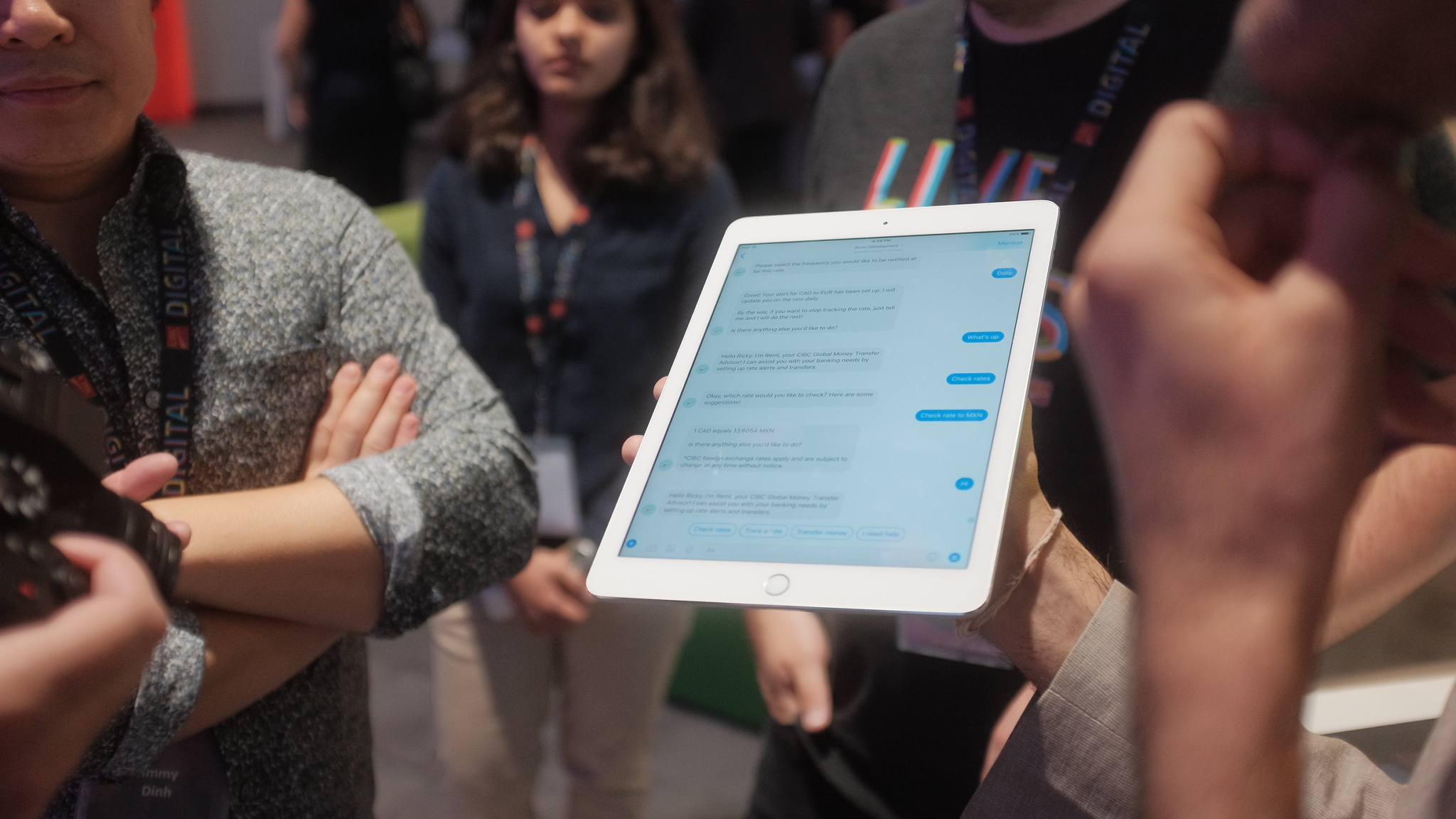 For the launch, CIBC had several technology demos but my favourite had to be the new Global Money Transfer Service developed with the CIBC Live Labs team. They’ve created a Facebook Bot, which can be used through Facebook Messenger. It offers the service of transferring money anywhere in the world without a remittance fee as long as you bank with CIBC. It provides a glimpse of what the future will be like using Messenger Bots. Not only does it transfer money but you can ask it to check rates, track rates and it will even notify you when the money has been successfully transferred.

The other demo was peer-to-peer payment using QR Codes. The example they showed was going out to dinner with a bunch of friends. When the bill comes, one of them pays for the entire meal but the rest of the friends must pay the payer back. Inside the CIBC app, the payer is able to setup a balance, add the number of payees and create a QR Code for the payees to scan. Once the friends scan the QR-code the amount they owe for the dinner is automatically transferred to the person who paid for the entire meal. I personally feel QR-Codes are a bit dated, but the fact that CIBC is working on prototypes that may one day offer these extra services for free is fantastic. 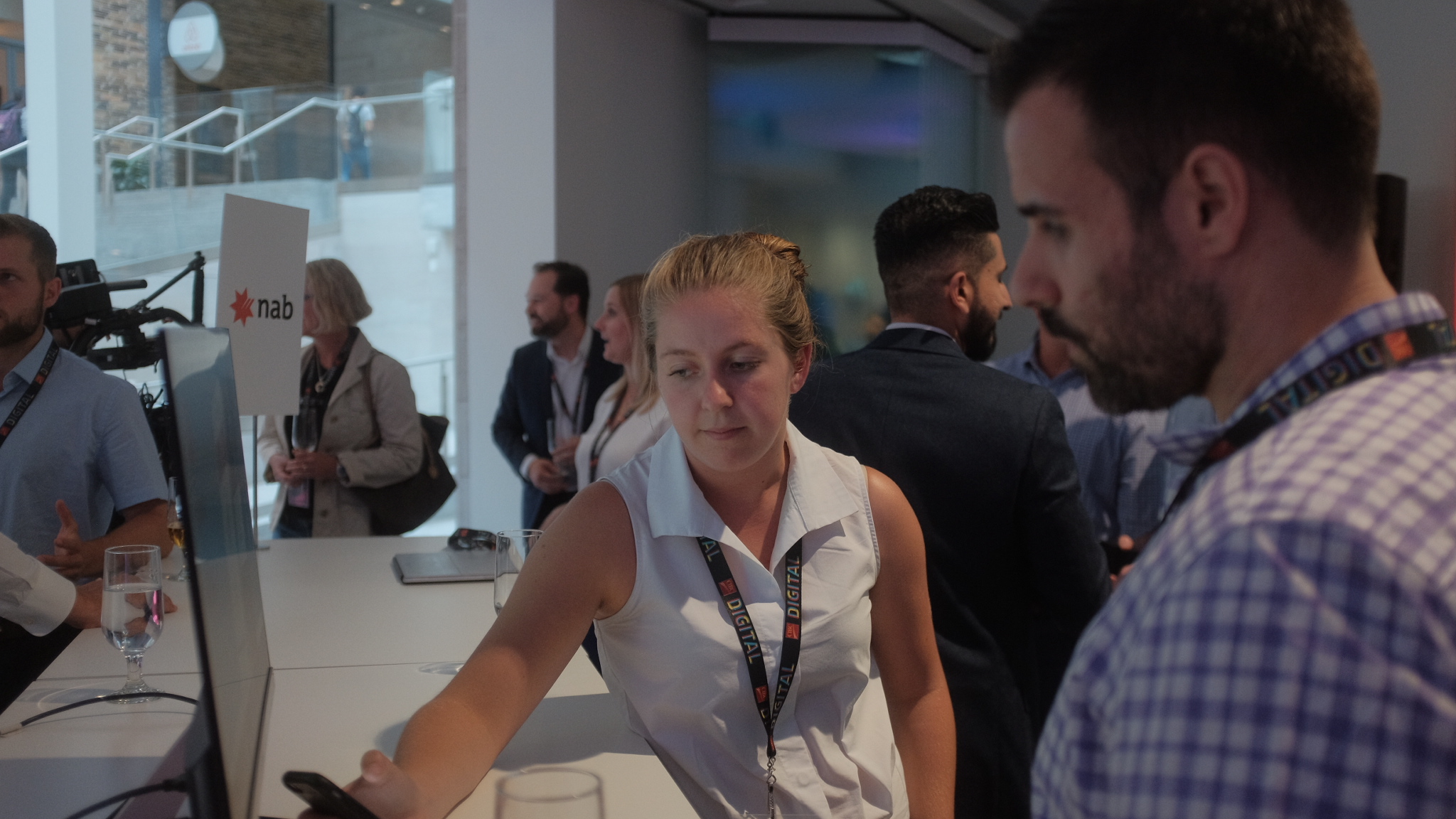 Nevertheless, new innovations weren’t the only thing to see. There were some neat collaborations as well. One of them was between CIBC, VISA and the National Australian Bank. A new in-app feature called Travel Tools, launched by both CIBC and NAB, lets you convert a foreign exchange rate with conversion fees in real time. This way when you are travelling overseas and making a purchase on your visa card, you’ll get the precise cost in your own currency. It’s a small thing but a very useful thing. Most foreign exchange calculators online only give the conversion without the fee. Seeing the fee in real time allows you to better manage your money while abroad. 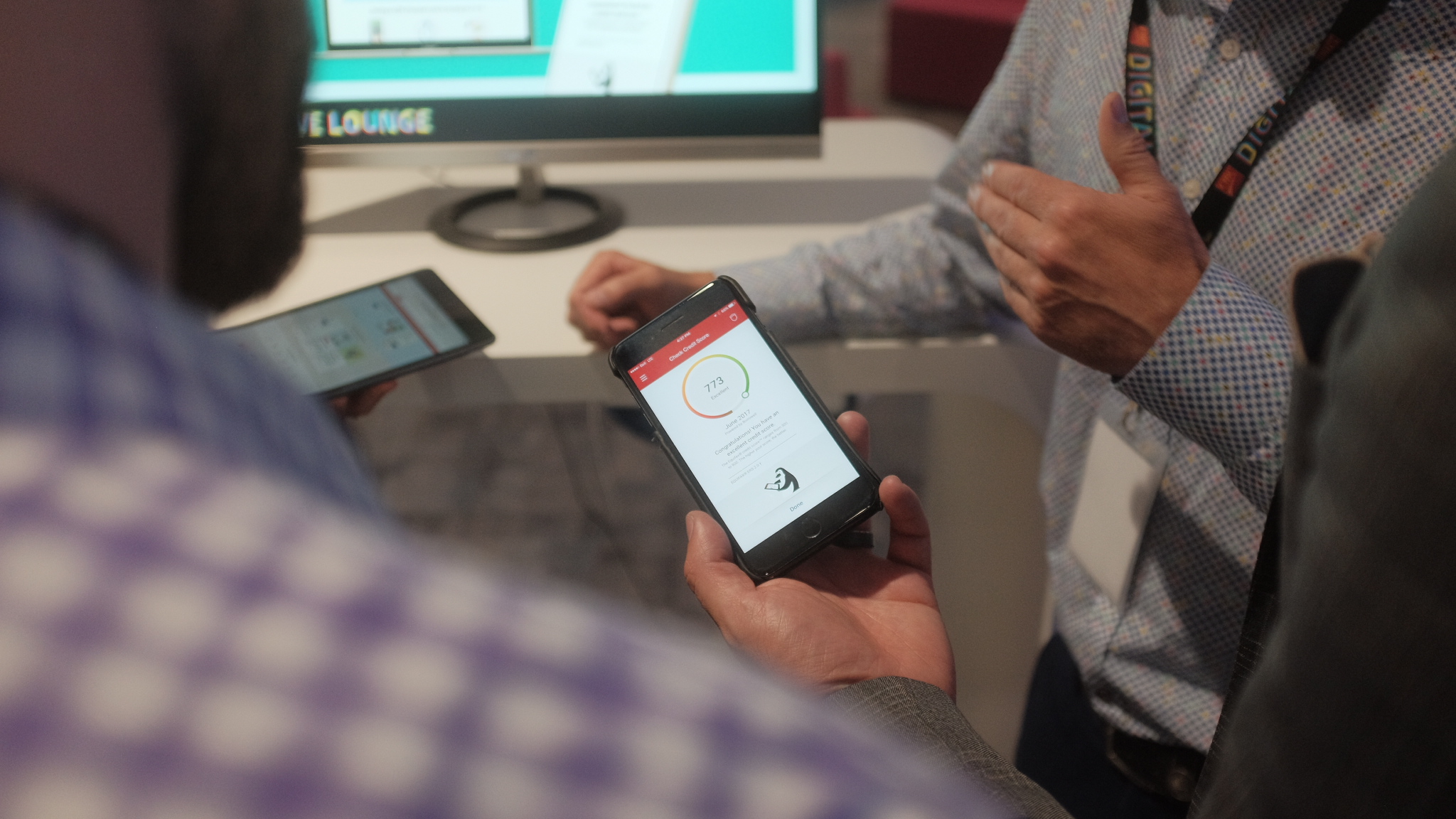 But my favourite partnership had to be between CIBC and Borrowell which is a fintech company. They launched a mobile free credit score which is great, especially if you are looking for an apartment to rent. Landlords usually request credit scores from new tenants, which costs around $20 from third-party sources but now you can do it for free if you’re a client. But even if you’re not looking to rent, checking your credit score regularly is a good practice to monitor against identity theft.

CIBC Digital Showcase offered a window into the future of banking and showed how the bank is testing new technologies to help better serve its clients. People usually associate banks as being dinosaurs when it comes to innovating. I feel the work they showcase is a positive step forward to changing this perception.